Repair Obligations in the Tenancy Agreement 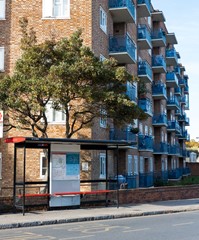 Photo by Jay Clark on Unsplash

When it comes to preparing a housing disrepair expert witness report, section 11 provides the basic criteria for our inspection, however, it is important for us as expert witnesses to understand the nuances around the landlord’s contractual repairing obligations, and where breaches may arise. In particular, the wording of a tenancy agreement can generate additional repairing obligations on a Landlord, as Diane Astin puts it, some agreements ‘contain more generous repairing covenants’[1].

This can significantly increase the breadth of factors a Chartered Surveyor must consider when preparing a Housing Disrepair Expert Witness report. Case law has shown that a promise made in the tenancy agreement to keep the premises ‘in good condition’ or ‘fit to live in’[2] (for example) places obligations on the Landlord that are beyond the scope of section 11. Through such wording, issues such as condensation-related dampness and mould that are not covered by statute may be found to be the Landlord’s responsibility. This was the case in Welsh vs Greenwich LBC [2001], in

which the Landlord was held to have breached its express covenant to ‘maintain the dwelling in good condition and repair’ by not having provided appropriate insulation or dry-lining to prevent condensation-related damp and mould growth[3].

The contractual obligations contained in the Tenancy Agreement may also extend to the provision of services. In Long vs Southwark [2002]2,  the Court of Appeal found that Southwark Council was in breach of a term stating that it would ‘take reasonable steps to keep the estate and common parts clean and tidy’ by failing to ensure the reliability of the contractors charged with collecting rubbish on one of its properties. For this reason, a copy of the Claimant’s Tenancy Agreement should be provided to the Instructed Expert wherever possible ahead of a Housing Conditions survey.  This will allow them to assess the disrepair against both the implied and express terms of the contract during their inspection and prevent potential breaches being overlooked. Properly contextualising the claim in this way will allow all parties to get the most out of their Instructed Expert and increase the chance of a just outcome for both Landlord and Tenant.